How to protect yourself from Legionella when on holiday

How to stop getting Legionaires type chest infections when on Holiday

Because its not uncommon for some hotel rooms to be vacant for long periods.

When water in pipes is not flowing/used, this allows bacteria to breed in the pipework. The first sign you would know is a few days after arriving in you hotel, you acquire a cough or tight chest. This could be a sign that the shower you took on the first day did not only refresh you but infected you.

How to flush without exposure

Most importantly, you might get wet and get some water sprayback, so place a towel on the floor. Look for the shower cap or small plastic bag and cover the end of the shower head.

1. Take the showerhead off the holder
2. Place the shower head down onto the shower tray (dont worry if it does not reach )
3. Let the water drain out of the shower head and hose
4. Now switch on the shower mixer putting it as hot as it will go but noy past the red over ride button
5..Be careful not to breathe in any spray or scald yourself.
6. Purge the shower & head by running two to three mins of hot flow to remove any stagnant water from your hotel room`s pipework and hoses

By doing the above you may protect yourself and any other shower users from breathing in  any bacteria which may be living in the pipework. 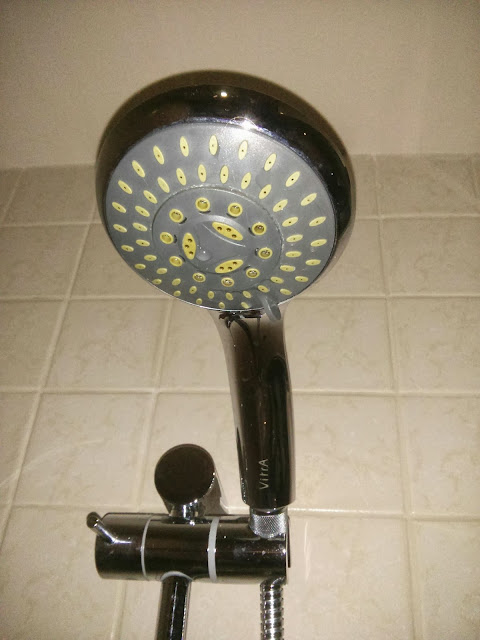 Showers, tap etc.
Remember to always run your hotel rooms shower and taps thoroughly before use

Popular posts from this blog

By Unknown - March 27, 2017
TMV`s The 1st thing is You will need to know what type of TMV is fitted in your site. Click above to find out Is it a TMV 1 or TMV 2 or a TMV 3  This information is available from your commissioning documentation, when the school Care Home Hotel etc was build and the TMV was commissioned ???? Visual inspection CANNOT confirm the type of TMV !!!!!! What type of TMV should you have installed at your building.  This is contained in this document. which is attached   BRE IP 14-03  look on the table on page 4  *PLEASE NOTE MOST SCHOOLS.* IT IS ONLY RECOMMENDED AND NOT LAW  (Except if you have a bath) On my assessment currently, most special needs Care Homes Hotels Schools,   required to have TMV 3`s fitted and have an annual inspected under the Act .You need to make sure these are carried out These are carried out. On my assessment currently, All Hotel Sports centres Care homes etc showers are required to have TMV 2`s fitted and annually inspect
Read more
By Unknown - February 24, 2019
Principal designers: roles and responsibilities Construction (Design and Management) Regulations 2015 A principal designer is a designer who is an organisation or individual (on smaller projects) appointed by the  client  to take control of the pre-construction phase of any project involving more than one contractor. Principal designers have an important role in influencing how risks to health and safety are managed throughout a project. Design decisions made during the pre-construction phase have a significant influence in ensuring the project is delivered in a way that secures the health and safety of everyone affected by the work. Principal designers must: plan, manage, monitor and coordinate health and safety in the pre-construction phase. In doing so they must take account of relevant information (such as an existing health and safety file) that might affect design work carried out both before and after the construction phase has started help and advise the client in
Read more

Simple Solution to Making your own Demineralised 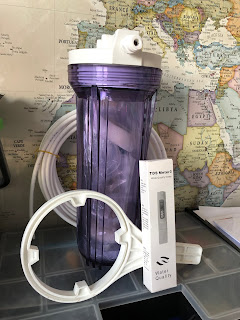 Deionized Water Filter  Alegion Water Ltd Simple Solution to Making your own Demineralised water   for Dental Autoclaves or Dental Chairs £99 We Build and supply off the shelf parts, nothing bespoke simple cheap solution to all your demineralised water requirements.  simply refillable the unit with 1 litre of demineralization resin, as easy a making a filter coffee The kit is simple. All fittings are push fit. No need to switch of the mains water. It comes with a self tapping valve will connect to any under sink 15mm pipe ( does not need a drain ) The unit comes fully assembled and will enable you to produce deionized / Mineralised water ( once connected to a water supply ) straight out of the box. The unit is capable of producing 50-90 litres of purified water before a recharge. Email alegionwater@gmail.com we will email you right back, with the quote, if your happy we will send out the unit or arrange a fitting date which ever you prefer  RESIN CALCULATOR Pl
Read more